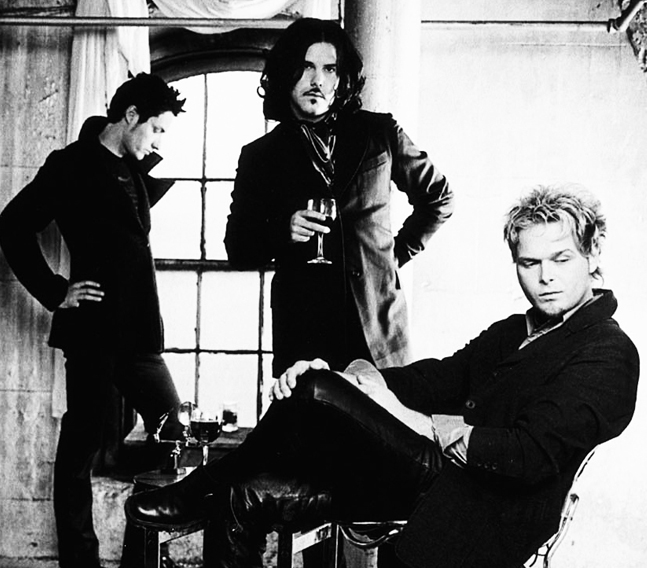 The band’s own analogy is that Transmission was them throwing a tightrope over a huge crevice, and their follow-up album was them going back and building a bridge over the same crevice. It was a consolidation of their evolving sound, taking influences from their previous three albums and blending them together with a conscious focus on vocal melody. The end result of this was appropriately named Triptych. A ‘set of three artistic works hinged or tied together’ is one meaning behind the album’s title.

The world instrumentation was front and centre for some tracks, Samsara and Halcyon Days. The electronica introduced in the last album underpinned most of the tracks and the hard rock elements were ever present. Vocally Jeff took inspiration from the lyrical phrasings of Jeff Buckley. Indeed, in the earlier days of touring the UK they had a gig cancelled as they had been replaced by Jeff Buckley. Not knowing who he was at the time the band acquired a copy of his album, hoping to dismiss it, but were immediately captivated – indeed later introducing Hallelujah as a live insert. Martin’s voice in Triptych is more expressive and melodic than in the previous releases, with a higher register being attained.

Recording originally commenced in Jeff Martin’s Montreal home, but these early tapes were unfortunately ruined by a sandblasting incident and they had to be re-recorded from scratch. 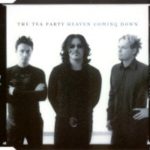 Yielding the band’s first number-one single – the pop-sounding “Heaven Coming Down”, the album peaked at No. 4 on the Canadian charts and earned the band a Juno nomination for “Best Rock Album”.

The album also contained the first official cover version of Daniel Lanois’ “The Messenger”, which had been a staple live insert in Save Me for a number of years.

During the recording session for Triptych, the songs “Waiting for a Sign”, “A Woman like you” and a cover of the Rolling Stones classic “Paint it Black” were also recorded. Most of them were released a short time later on the Triptych-Tour Edition, which was only available in Germany. There is also an instrumental piece called “Invocation” which was released later on Jeff Martin’s solo album “The Armada”.

Given the more “mainstream sound” of the album and a sponsoring partnership with PEPSI, some fans were irritated. At the same time the band gained new fans because of this.

Before the release of the album the band had hidden five tracks on their website for their fans to listen to so that they could vote for the one they would like to see as the first single release. ´Touch´, ´Chimera´, ´Underground´ and ´The Messenger´ finally had to surrender to ´Heaven Coming Down´.

While ´Transmission´ had been released in the German market without anybody noticing, Triptych faired better after the music store chain WOM named ´Triptych´ the „Album of the Month“ and imported huge quantities directly from Canada. This caused EMI to release the album earlier and also put the band on the billing for the 13th Bizarre festival. In January 2000 The Tea Party returned for a tour with Queensryche.

On September 4th, the demo sessions end. They were assisted by Martin Ruel.

During renovation work in the house, the demo tapes become so dusty that the tapes cannot be saved. The band has to re-record the songs from their heads.

On October 10, the first studio sessions started at the Le Morin Heights Studio. They last until 14 November. Don Hachey is the Engineer, assisted by Martin Ruel and George Pelekoudis.

On January 09, the 2nd studio sessions started. They last until March 3rd. The band also keep writing new songs during this time. According to Jeff Martin, the band had about 20 songs at the end of these sessions. Some of them were later released as B-Sides or on the Triptych Tour Edition.

Between April 4 and May 1st the album is being mixed by Ed Krautner and Grahamn Brewer.

On May 15, Nick Blagona is doing the mastering for the album.

In spring 1999 the band put short extracts of 5 new songs on their website and let the fans vote which one should be the first single release. Among them were Chimera, Heaven Coming Down, The Messenger.

The band plays some Pepsi sponsored shows. Tickets for these shows can only be won.

TRIPtych is being released

On June 8 the album is being released in Canada, followed by a release in Australia on June 11.

Heaven Coming Down becomes the  No. 1 in Canada  -the first and only one for the band. The song is being nominated for "Best Single" at the 2000 Juno Awards.

German music chain WOM imports the album from Canada and sells it in their stores. This forces EMI Germany to publish early (Auguts 20th). Furthermore the band is flown to Europe at short notice to play at the Bizarre Festival and a show in Holland.

Between 1999 and 2000 the band toured extensively through Canada, Australia and Europe. The Australian radio station Triple J is giving away a live EP limited to 100 pieces, which contains 5 tracks. It's the band first official live output to that date.